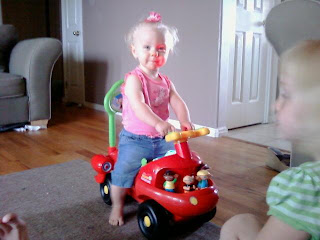 A visit to Grandpa Williams' grave 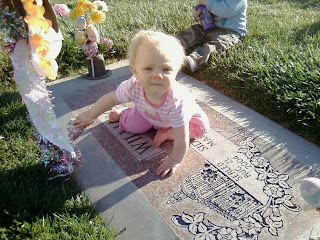 Camrie at the grave
Posted by Cameron at 7:16 PM No comments: 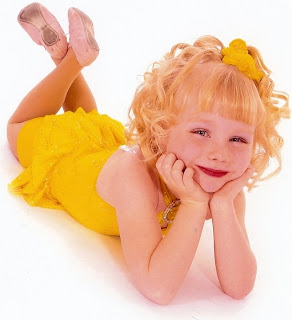 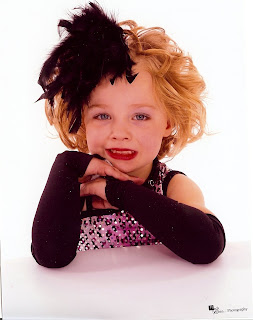 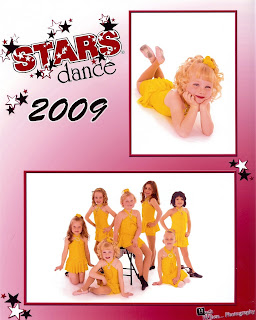 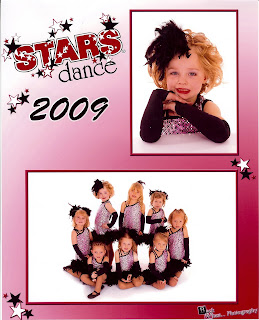 Carlie and Maci had their dance pictures taken a couple weeks ago. This is Maci's 2nd year of dance and Carlie's 1st year. (she refused to take dance last year, I tried several times). They have such a fun time. Maci is really a cute little dancer, she is really good at it. I love her pose in the group picture, she is so funny. Carlie likes it, but I think she likes the social part of it just as much. She is always in there talking to all the girls in her class. I think they turned out cute! They do 2 recitals in the year. They have one coming up in May. Im excited for that!

Camrie is very happy in her jumper! 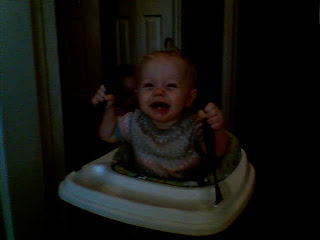 We FINALLY got a kid that will actually jump in the jumper!
Posted by Cameron at 4:19 PM 3 comments: 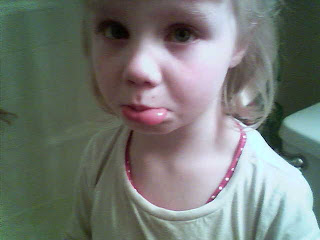 So last night we went to Sonic to grab a bite to eat and Carlie said she couldn't eat because her lip hurt a little. She kept coming up to see if it was bleeding but it looked just fine. By the time we got home and into the house her lip looked like this! I don't know what happened. I called the doctor and they said it could be a cold sore, or some type of allergy. Her eye was red and itchy too so I gave her some bendryl and that helped it a lot! So I guess it was an allergy. I have no idea what to. Pretty weird. 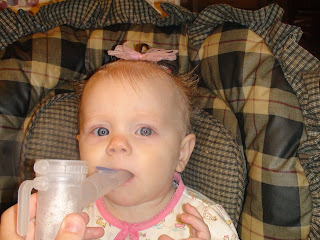 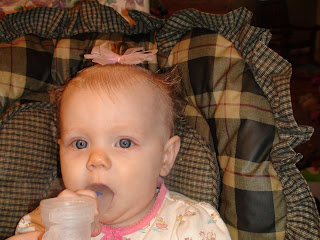 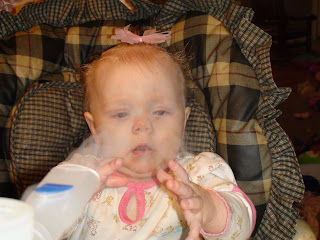 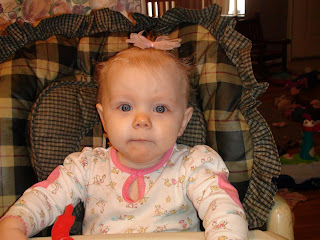 So all of my kids have been sick over the last couple of weeks with ear infections and colds. Camrie never was sick. Just the last few days she started getting a really bad cough, runny nose....kind of like a cold. The thing that worried me was her breathing. She had to try hard to get a breath out. So I watched her for a couple days and decided I better take her in to the doc. He tried a breathing treatment which helped a little bit. They had to suction out her nose to get a sample to test if for RSV. They stick a tube up her nose down into her throat and suck all the gunck out. Its not fun to watch. Anyways sure enough it came back positive for RSV. She has been doing really good. I do breathing treatments at home and she doesn't mind them. She tries to grab the steam that comes out and that is funny to watch. I hope she keeps getting better! 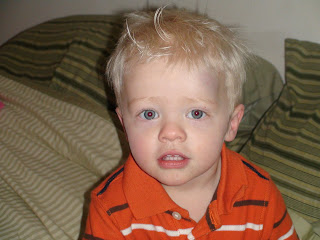 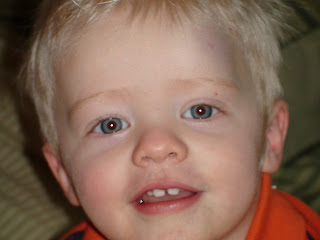 Porter is a crazy boy! Im not quite sure what to do with him. The latest is he is always getting onto the kitchen table. He loves climbing up there. Maci was sitting at the table and Porter decided to climb up. Somehow he fell off of the table and landed on his head on the tile floor. I could not believe his head. Instantly he had a goose egg above his eye that was bright purple and the size of a golf ball sticking off his head. He was crying and I was holding him. I felt so bad for him. He was okay and just has a big bruise now. Some of the other things he is loving to do is open the dishwasher, climb on and take the dishes out. He opens the oven climbs on that and gets onto the stove. He is crazy and will try anything. He is a funny boy!!! I know for sure that boys and girls are very different! I tried to take some pictures of his head, but they don't do him justice.
Posted by Ronni Blair at 10:04 AM No comments: 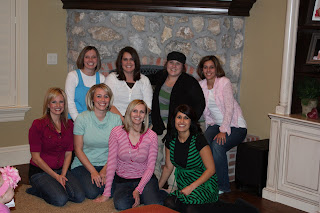 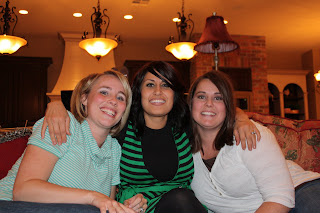 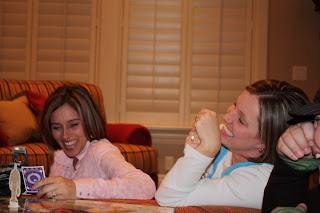 Lainee and Heidi laughing at something pretty funny! 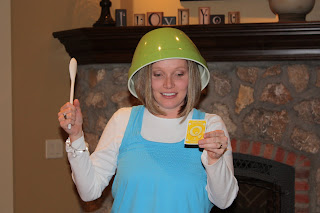 Heidi had to wear this bowl on her head, hit it and repeat some weird thing! 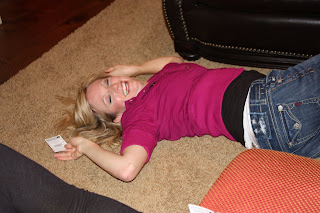 Gretchen had some pretty funny things she had to do. It was so funny to watch her. 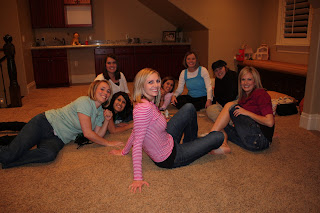 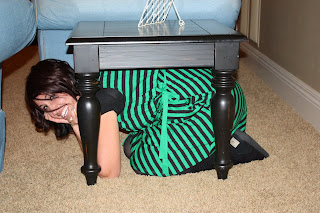 TK had to stay under the table until her turn.

Last Thursday me and all my old girlfriends from high school got together for a night of fun!! Allie came to town so we all wanted to get together since we weren't all there for the Christmas party. We ordered Cafe Rio. Teek picked it up and we ate at Gretchen's. We ate and talked for a bit. Lainee brought a game for us to play called Quelf. None of us had played before so we weren't sure what we were getting into. It ended up being the funnest game! We were all laughing so hard the whole game. The things we had to do were so funny. It is such a random game, you never would know what you had coming to you on your turn. It was such a fun night! We always have so much fun together. It has been years since Syd has been with us, so that was way fun to have her there. Anyways here are some of the pictures we got. Luckily Gretchen and Lainee had their cameras so they got lots of funny ones.