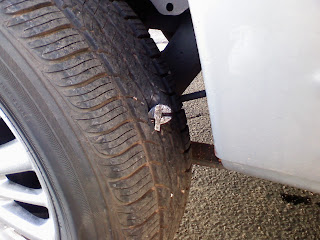 How does a crescent wrench wind up in a tire?!
Posted by Cameron at 8:23 AM No comments:

Porter is home to heal 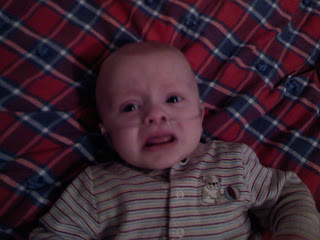 we got him home finally, but he ain't out of the woods yet.
Posted by Cameron at 8:07 PM 1 comment:

The Porter back in the hospital story.

I realized today that we had not done much yet to let our friends and family know exactly what has happened with Porter and our family as of late. So here goes. I got sick with a sore throat about two weeks ago...awful as it was, Ronni managed to catch it and much more a few days later. She had it much worse than I with the sore throat, ear aches and head aches and fever's. She went to the doctor twice trying to have the pain eased, but since she is pregnant, there isn't too much she can take. Then a few days later, all three kids got pretty sickly with fever's, coughs and ... come to find out later ... ear infections and sore throats all around. This was Thursday the 31st and we took all three to their late night doctor that evening where Carlie and Maci were given meds for ear infections and sore throats and were sent home, and Porter was admitted to the hospital to stay the night due to RSV/Bronchiolitis/Ear Infection. So he got it the worst. Carlie and Maci are doing great now with just a cough left to go away.

Ronni stayed the night with Porter at the hospital and although he had a hard time breathing, he was able to maintain leveled oxygen levels so he was released Friday morning. Ronni had to take him back once Friday night, and once on Saturday night to get him suctioned out and Saturday night the nurses told her he seemed to be declining and to come back in the morning. When Ronni took him back Sunday morning, his Oxygen levels were below 90 and required him to be admitted again where he was suctioned out again and fitted with nasal oxygen tubes and monitors. He has been there since and is slowly improving it seems. Ronni was finally able to get him to smile and laugh a bit today, but other than that he has been sleeping a lot with not much strength or energy to do much.

Ronni has had to be the one to stay with him for the most part, although Ronni's mom has been a HUGE help with the girls so I could be over there a bit too.

The update tonight is that Porter still has to stay at least one more night. The doctor will see him in the morning and give us an idea of how much longer he may have to stay there.

Thanks for all the love and concern for us. Although we are stressed and it is so tough watching our kids go through sickness, we are getting through thanks to a loving Heavenly Father and WONDERFUL friends and family around us. Besides it sure makes us realize how good we have it when we are all healthy and well.
Posted by Cameron at 8:45 PM No comments:

Porter is back in the hospital 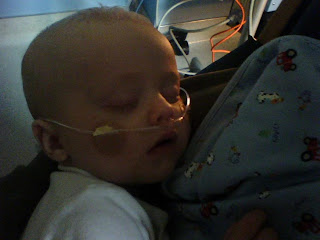 Ronni took this picture of Porter yesterday as they hung out at the hospital
Posted by Cameron at 9:01 AM No comments:

Showing some love for Elder Reeder!

My good friend, Mark Reeder, tried to call me on Christmas day from the mission field and because I was in the middle of a family party and I didn't recognize the number, I let it go to voicemail. Well, come to find out it was Mark. Here is the message he left:

Posted by Cameron at 10:40 AM No comments:
Newer Posts Older Posts Home
Subscribe to: Posts (Atom)